The NSA’s mass spying programs are in full swing this holiday season.
Check out ACLU Action’s parody of a Christmas classic:

Ten Steps You Can Take Right Now Against Internet Surveillance

Use startpage
as your search engine.
2nd November 2013 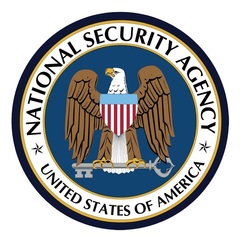 What the revelations mean for you.
25th November 2012

Do you wonder how the activities of GCHQ and the NSA affect you? Why have spies been monitoring Facebook, Gmail and Skype? And even if are being watched online, how does that affect what we do online? This guardian.co.uk animation, narrated by Jemima Kiss, explains what the disclosures mean for all of us:

Senior cabinet ministers have come forward to admit they knew nothing about the mass surveillance programme. Former directors of UK spy agencies have conceded, in various ways, that “secrecy in this country is over-protected and under-regulated”. Members of your coalition have said "the Guardian has done a very considerable public service". And members of the committee tasked with reviewing proposed oversight of Britain’s spy agencies have revealed “the Home Office misled parliament by concealing that they were already doing what the bill would have permitted”.

You, meanwhile, made only the odd bland and non-committal statement. Your actions spoke louder than any words though, when you approved the destruction by GCHQ of the Guardian’s hard drives containing documents from Edward Snowden. Your spokesman gave an enthusiastic endorsement of MI5 chief Andrew Parker’s speech on how the spying revelations have undermined the fight against terrorism. Your own voice finally rang loud and clear only when you seconded this view in parliament maintaining that the Guardian’s reporting on the issue “is dangerous for national security”.

On the contrary, your unwillingness to engage in an honest debate about mass surveillance is far more dangerous for the country than anything else. Security is not just about being safe from terrorists. Security is most fundamentally freedom from fear – and nothing is more frightening than a state that can spy indiscriminately on its people.

The truth is that you risk abetting terrorism by not addressing the urgent and vital concerns about the way GCHQ operates. Mass surveillance undermines the democratic foundations of our society – which is exactly what terrorists want to do. Moreover, by ignoring the demands of the public for more regulation and transparency you foster dissent and unrest: revolutions are born from disregard of the public will and the common good.

Instead of siding with the people in defense of liberty, as Brazilian president Dilma Rousseff did at the UN, you side with the spy agencies that threaten us. Instead of seizing the opportunity to bring the law in line with technology or calling for a proper review of how the spies operate, you suggest that the Guardian should be investigated for reporting on the spying scandal!

You are ready to undermine one of the few independent bastions of free thought and expression in the UK in order to keep under wraps the workings of your government and the secret services.

Writers speak up - break the silence in Britain


Literature does not have to be political, but writers sometimes must be. There are times when writers have to step beyond their work and make clear what it is they stand for. Since the revelations from Edward Snowden we have entered one of these times. Writers in Germany understood this quickly. In a matter of weeks, an open letter to Chancellor Merkel from the novelist Juli Zeh was signed by leading German authors and registered as a public petition on change.org. On Wednesday 18th September, Zeh and twenty writers marched on the Chancellery to hand over the 67,000 signatures collected for the petition, and to demand a more satisfactory response from Merkel. No doubt Germany’s experience with the Gestapo and the Stasi has made citizens especially wary of the implications of surveillance. Nevertheless, the concern comes not just because of the historical precedent, but from an acute fear of what indiscriminate mass spying on every facet of civilian life means right here, right now.

Writers are perhaps the most careful observers of society. Stories are not just made from the great events of history or the dramas of our time, they are crafted from the tiniest details of every day life. The private, the personal, the intimate – this is the writer’s most precious currency. We examine, imaginatively, the recesses of individual being and feeling where there are no other observers (sometimes the sub-conscious self too is blind). But now, thanks to the NSA, that unwatched space has shrunk. Now every idle web surf is tracked, every movement (while the mobile phone is on you) is recorded, the email written in anger and left sitting in ‘drafts’ is gathered with countless others and could be read by an anonymous agency at whim. Such appropriation is shocking since it is a violation of the sacred domain of the self – the source of our existence as we know it, and of all our creativity. Writers should be more sensitive to this. If they do not notice and react to such an assault on our society, who will?

Freedom is not just the right to speak out or act as we wish in public. The freedom to be ourselves privately, in thought and deed, is equally fundamental. It’s not just Speaker’s Corner we have to protect, the speaker’s small, invisible mental cabin must be defended too. As people who spend a lot of time in the mental cabin, whose livelihoods depend on being able to do so freely writers should be most vociferous in condemning the vast espionage apparatus being sanctioned by our government.

The Defence Advisory Notice issued from the UK Ministry of Defence a day after Snowden’s revelations began is, no doubt, partly responsible for the rather muted coverage of the NSA issue in the British media. Yet the problem is also that political writers in the UK aren’t given a platform. There’s that expression: you get the politicians you deserve. You also get the public debate you deserve. The UK is too fixated on celebrity and light-hearted diversions. People avoid what isn’t easily amusing or entertaining. There’s more political satire and criticism in the comedy scene than the literary arena. Yet simply to laugh about something is also to forget it quickly, to brush it aside. Space has to be made for a more serious discussion, otherwise the public conversation is just babble. Britain as a society has to invite writers to speak up. Newspapers should lead the way and ask British writers to reflect on the NSA and GCHQ scandal. If we’re lucky the writers may say something nobody else has said, perhaps even give us a moral steer, or at the very least they might articulate our own puzzlement, helplessness, outrage or indifference in a way that makes us feel heard and understood.