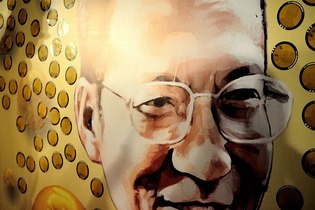 
Statement by the Norwegian Nobel Committee:


The Norwegian Nobel Committee has received the news about the release of Nobel Peace Prize laureate Liu Xiaobo with a mixture of relief and deep worry.

The Committee is delighted to learn that Liu Xiaobo is out of prison at long last. At the same time the Committee strongly regrets that it took serious illness before Chinese authorities were willing to release him from jail. Liu Xiaobo has fought a relentless struggle in favour of democracy and human rights in China and has already paid a heavy price for his involvement. He was, essentially, convicted for exercising his freedom of speech and should never have been sentenced to jail in the first place. Chinese authorities carry a heavy responsibility if Liu Xiaobo, because of his imprisonment, has been denied necessary medical treatment. The Committee hopes that he will now be released without conditions and offered the best possible treatment for his illness, whether it be in China or abroad. Finally, the Committee would like to confirm its standing invitation to Liu Xiaobo to come to Oslo and receive the Committee's tribute. Due to his imprisonment Liu Xiaobo was unable to attend the Nobel Peace Prize award ceremony in 2010. His designated chair at the podium in the Oslo City Hall was left empty.

Peace prize winner and democracy activist dies of liver cancer, after spending almost a quarter of his life behind bars in China

China is facing a a barrage of international criticism for its treatment of the Nobel laureate and democracy campaigner Liu Xiaobo, who died at the age of 61 on Thursday.
Liu, who championed non-violent resistance as a way of overcoming “forceful tyranny”, had been serving an 11-year jail sentence for demanding an end to one-party rule when he was diagnosed with late-stage liver cancer in May.

He died of multiple organ failure while under guard at a hospital in north-east China, making him the first Nobel peace prize winner to die in custody since German pacifist Carl von Ossietzky, the 1935 recipient, who died under surveillance after years confined to Nazi concentration camps.

Nobel Peace Prize laureate Liu Xiaobo passed away today, July 13, 2017. The Norwegian Nobel Committee has received the news of his death with regret and great sadness.
Liu Xiaobo received the Nobel Peace Prize for 2010 for his efforts to implement the fundamental human rights secured in international instruments as well as in the constitution of the People's Republic of China. He was a leading figure in the Chinese democracy movement for almost 30 years. The demonstrations in Tiananmen Square in 1989 took him from an academic life to activism. He was one of the major contributors to Charter 08, the manifesto that pointed out China's obligations to secure fundamental human rights for its citizens. In his famous poem "I have no Enemies", we see a clear expression of his pacific attitude.
By awarding the Nobel Peace Prize to Liu Xiaobo the Norwegian Nobel Committee wanted to underscore the fundamental connection between developing democracy and creating and securing peace. Moreover, the Committee found that Liu Xiaobo had contributed to the fraternity of peoples through his non-violent resistance against the oppressive actions of the Communist regime in China.
Liu Xiaobo was not able to attend the Award Ceremony in Oslo in 2010. By then he had already been sentenced to 11 years’ imprisonment, allegedly for attempting to undermine the current political order. In our view he had not committed any criminal act, but merely exercised his citizen's rights. His trial and imprisonment were unjust.
Liu Xiaobo's absence from the Nobel Peace Prize award ceremony was marked by an empty chair. We now have to come to terms with the fact that his chair will forever remain empty. At the same time it is our deep conviction that Liu Xiaobo will remain a powerful symbol for all who fight for freedom, democracy and a better world. He belongs to a heritage of former Nobel laureates such as Carl von Ossietzky, Martin Luther King, Jr., Andrei Sakharov, Lech Walesa, Aung San Suu Kyi, Nelson Mandela and Shirin Ebadi, to mention a few.
At the end of June the news reached us that Liu Xiaobo had been released from prison. He had been transferred to hospital, but was still under guard and held in complete isolation. We find it deeply disturbing that Liu Xiaobo was not transferred to a facility where he could receive adequate medical treatment before he became terminally ill. The Chinese Government bears a heavy responsibility for his premature death.
The news of Liu Xiaobo's serious condition was met in part with silence and belated, hesitant reactions world wide. Eventually the governments of France, Germany, and the USA called for his unconditional release, as did the EU through its foreign policy spokesperson. It is a sad and disturbing fact that the representatives of the free world, who themselves hold democracy and human rights in high regard, are less willing to stand up for those rights for the benefit of others.
In the last days of his life, we had a hope that Liu Xiaobo would be released and safely evacuated for medical treatment abroad. This would have been in accordance with his own wishes and the recommendations of the German and American doctors who were allowed to visit him. While the whole world watched, China chose instead to maintain the isolation of its prisoner.
Today our hearts are filled with gratitude to Liu Xiaobo for his monumental efforts and great sacrifices to advance democracy and human rights. He was truly a prisoner of conscience and he paid the highest possible price for his relentless struggle. We feel confident that his efforts were not in vain. Liu Xiaobo was a representative of ideas that resonate with millions of people all over the world, even in China. These ideas cannot be imprisoned and will never die.

Nobel Peace Prize Laureat Liu Xiaobo has been diagnosed with liver cancer. His wife, Liu Xia, who has been under house arrest for several years, is also gravely ill. They have the wish to travel to Germany so they can receive medical care. Their wish to leave China is so strong that Liu Xiaobo has stated that – if he is to die – he does not want to do so on Chinese soil. Liu Xia also no longer wishes to live there. Time is running. We urge the Chinese government to grant Liu Xiaobo and Liu Xia the freedom to leave the country!