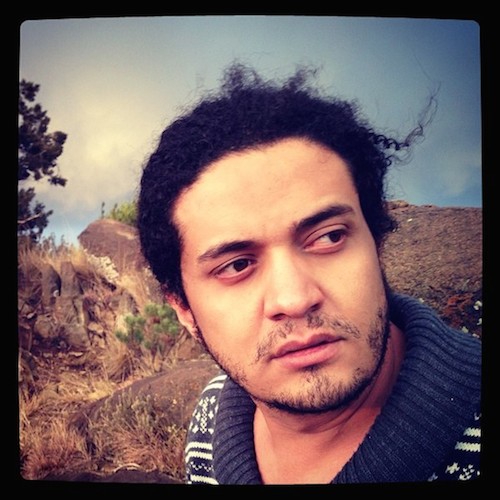 A Saudi court has overturned the death sentence of a Palestinian poet accused of renouncing Islam, imposing an eight-year prison term and 800 lashes instead.
The decision by a panel of judges came after Ashraf Fayadh’s lawyer argued his conviction was seriously flawed because he was denied a fair trial. In a briefing on the verdict, Abdulrahman al-Lahem said the judgment revoked the death sentence but upheld that the poet was guilty of apostasy.

In a memo posted on Twitter, Lahem details Fayadh’s new punishment. He is sentenced to eight years in prison and 800 lashes, to be carried out on 16 occasions, and must also renounce his poetry on Saudi state media:

Adam Coogle, Middle East researcher at Human Rights Watch, said:
Instead of beheading Ashraf Fayadh, a Saudi court has ordered a lengthy imprisonment and flogging. No one should face arrest for peacefully expressing opinions, much less corporal punishment and prison. Saudi justice officials must urgently intervene to vacate this unjust sentence.

Author Irvine Welsh said:
When this twisted barbarism is thought of as a compromise, it’s way past time western governments stopped dealing with this pervert regime.

The lawyer maintained that Fayadh was innocent and called for his immediate release from prison.
Fayadh, who was born and lives in Saudi Arabia, has curated art shows in Jeddah and at the Venice Biennale and has been a key leader of Edge of Arabia, a British-Saudi art organization. Fayadh was first detained in August 2013 in Abha, in South Western Saudi Arabia, by the country's religious police, also known as the Committee for the Promotion of Virtue and Prevention of Vice.
The 35-year-old was released on bail only to be arrested again on January 1, 2014, when he was sentenced to four years in prison and 800 lashes. After his attorneys appealed, judicial authorities decided to re-try his case before a new panel of judges, who sentenced Fayadh to death in November 2015, on charges of promoting atheism in his 2008 poetry collection, "Instructions Within".

According to Human Rights Watch:
Prosecutors charged him with a host of blasphemy-related charges, including: blaspheming “the divine self” and the Prophet Muhammad; spreading atheism and promoting it among the youth in public places; mocking the verses of God and the prophets; refuting the Quran; denying the day of resurrection; objecting to fate and divine decree; and having an illicit relationship with women and storing their pictures in his phone.

On Twitter, many continued to criticise Saudi Arabia and its human rights record, despite the reduction of Fayadh's sentence.

Zena tweets:
A relief that #AshrafFayadh death sentence has been dropped. But 8 years & 800 lashes for no crime is not justice. pic.twitter.com/w7kCHycvFi
— Zena (@Zena__E) February 2, 2016

And Naser Al-marshdi says its high time Saudi Arabia had a written law to avoid what he described as arbitrary rulings by judges:
قضية #أشرف_فياض دليل صارخ على أهمية “تدوين الأحكام”، الذي سيخرج الحكم القضائي من سلطة القاضي ومشاعره وانطباعاته واستنتاجاته الشخصية.
— N.AL-marshdi (@NaserAlmarshdi) February 2, 2016
Ashraf Fayadh's case is clear proof that there needs to be written laws which judges abide to and not base their rulings on their feelings and impressions and personal interpretations

Meanwhile, Shatha Nour is shocked anyone would celebrate this decision as a victory for Saudi justice:
#الغاء_حكم_اعدام_أشرف_فياض
متفاجئة للغاية من الذين يقولون يحيا العدل، أي عدل؟
عدل سجنه 8 سنوات؟
أم جلده 800 جلدة؟
هل هذا هو سقف عدالتكم؟
— شذى نـور (@shatha_writer) February 2, 2016
I am shocked with those celebrating Saudi justice. Is jailing him for eight years just? Or are the 800 lashes just? What justice are you talking about?

Authors for Peace demands the immediate
and unconditional release of Ashraf Fayadh!