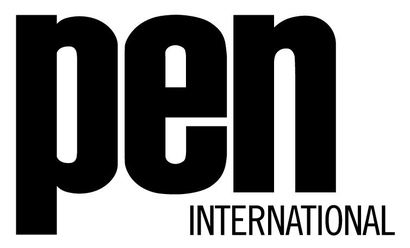 Li Bifeng is a prolific poet and novelist as well as a well-known dissident, who has spent a total of over 12 years in prison since 1990 for his activism and critical writings. He served a five-year sentence for taking part in the 1989 pro-democracy movement, followed by a seven-year jail term from 1998-2005 for reporting on a workers’ protest in the Sichuan city of Mianyang in 1998. While in prison, Li produced some poetry and kept a diary. Some of his work can be found here.
4th of June 2013

in regard to the continuing imprisonment of Li Bifeng, the international literary festival berlin (ilb) is hereby calling artists and intellectuals, schools and universities, radio and TV stations, theatres and other cultural institutions to join us for a worldwide reading in solidarity with Li Bifeng to take place on the
4th of June 2013.

We would be very happy if you could support our appeal by signing our petition alongside the initial signatures of Herta Müller, Ai Weiwei, Salman Rushdie, Ha Jin, and Liao Yiwu. We would also be very happy if you would participate on the 4th of June by organising a reading in your own home town or city. You’ll find your texts written by and about Li Bifeng in the next two to four weeks on our website www.worldwide-reading.com.

If you would like to participate, please confirm your support by writing to:
worldwidereading@literaturfestival.com.

Our appeal to the Chinese government
to free Li Bifeng

The Peril of Creating State Enemies

On the heels of the Chinese Communist Party’s 18th congress, a Chinese court sentenced underground poet Li Bifeng to 12 years in prison on November 19, 2012 on a fictitious charge. By doing so the world was sent a, as we believe, dangerous signal of political regression.

Liao Yiwu, an exiled Chinese writer now living in Germany, and Li Bifeng met each other in the Third Prison of Sichuan Province after the June 4th Tiananmen Square crackdown in 1989. Of the two dozen or so political prisoners there, the two became friends because of their shared interest in literature, and the friendship was continued beyond the prison walls.

Over the years they have exchanged manuscripts and shared their views upon life with each other. Li Bifeng was an optimist who, beside of writing about, also participated in pro-democracy activism, while Liao Yiwu, a pessimist, burrowed deep in writing and performed music in bars to make a living.

In 1998, Li Bifeng wrote a non-fiction piece about a sit-in protest by textile workers in his hometown Mianyang and their blockade of highways. He sent his documentary to human rights organizations overseas. His actions alarmed the local police, and he was again arrested after being on the run for six months. This time, the government changed its strategy. He was charged with “financial fraud”, and sentenced to seven years in prison.

Last September, two months after Liao Yiwu had slipped across the Chinese border into Vietnam, local security police called Li Bifeng to “have a cup of tea with them.” Li Bifeng followed the inquiry because he was routinely summoned by the police for their questionings. Then, in front of everyone, he was seized by five policemen, handcuffed and taken away in a police car.

Liao Yiwu didn’t hear of Li Bifeng’s arrest until May, 2012. Authorities suspected Li Bifeng of assisting Liao’s escape financially or physically, but in fact, he had nothing to do with Liao’s flight.

The trial of Li Bifeng lasted several months with repeated adjournments. Only days after China had completed its decennial power transition and the new leaders presented their faces on stage, several thousand kilometers away from Beijing in the small town Shehong, in the district of Sichuan, Li Bifeng was sentenced to 12 years in prison. The defence lawyer protested that “the evidence is dubious, and there is no victim in the so-called fraud!”

Li Bifeng is turning 48 years old this year and his three prison terms add up to 24 years.

Just like Liu Xiaobo, the winner of the 2009 Nobel Peace Prize, Li Bifeng embodies the political reality in China since the 1989 Tiananmen Square crackdown. But while Liu Xiaobo is regarded as part of the intellectual elite, Li Bifeng is of much lesser importance. Liu Xiaobo, in his letters to Liao Yiwu, tirelessly called for China’s own Václav Havel or Martin Luther King, Jr., and aspired to be like them. Li Bifeng, on the other hand, is one of the anonymous, silent majority. They share the same conscience and sense of responsibility with the elite, but they are buried in the filthy sewage of society and live like mice. These “mice,” ravaged in turn by poverty and tyranny, once marched in the streets of Chinese cities, protested, helped each other, and faced the bullets of troops enforcing martial law with their
bodies.

The two friends, Liao Yiwu and Li Bifeng, have given each other warmth over the years, the warmth of one mouse huddling against the other. However, Liao did not trust Li Bifeng – for a good reason. Among China’s political prisoners from the era of June 4th crackdown, Li Bifeng must be the record holder of failed escapes. Shortly after the movement in 1989 was crushed, he and a few others managed to get several kilometres into Myanmar before they were captured by Burmese communists who obeying handed them back to the Chinese communists. He was subsequently almost beaten to death and has sustained permanent disabilities since. Five years later he again was on the run for having gotten into trouble once
more, but this time he tried the border between China and Russia in the Northeast. He bribed a local smuggler, but as he was waiting to get into a cargo container to be shipped out of the country, he overheard that the smuggler was going to sell him in Chifeng, a Chinese city on the other side of the Heilong River, as a slave worker. He ran for his life, traversing China to the southernmost city Shenzhen where he attempted to make it to Hong Kong by crossing Chung Ying Street (China-Britain Street). He loitered around for two hours, and was seized by suspicious border guards. After that, he braved three or four more border crossing adventures, and failed every time. When he told these stories to Liao Yiwu, he managed to strike sadness into Liao and cause him to laugh his head off at the same the time.

Two months before Liao Yiwu’s own planned escape, also around the time when the Chinese artist Ai Weiwei disappeared in Beijing Capital International Airport, Li Bifeng invited Liao Yiwu for dinner. As usual, the two friends talked about their writings. Quite abruptly, Li asked Liao if he needed money. Liao said he did not. Li Bifeng then asked if he needed “help to go,” and Liao said he was not going anywhere.

Liao Yiwu was scared by Li’s inquiries and relieved that Li Bifeng, who was a junkie of fortunetelling using the Book of Changes, didn’t get anything out of him. How could Liao Yiwu, plotting a slip-away himself, possibly seek help from someone who himself tried it so often, and failed every single time?

By the time Li Bifeng completed the 12-year term, he will be 60 years old. He will then have to finally give up on the idea of running away. Even if he eventually arrived in the free world, what good would that do him?

Over the years, the Chinese authorities have impounded a large trove of Li Bifeng’s writings. Isn’t it enough to take away a writer’s work? Why send him to prison? China’s new leaders should understand that the imprisonment of an innocent man will draw wide compassion and indignation, just like the death of the innocent citizens in the massacre of 1989. Of all people, China’s new leader Xi Jinping should know better, as his own father was once an inmate in Mao Zedong’s prisons, also as an innocent man.

Now that Li Bifeng ’s story is being told by Liao Yiwu, it is going to reverberate for a long time to come. Since last May, more than 300 intellectuals around the world have signed the appeal to free Li Bifeng. And as the persecution of Li Bifeng continues, more and more people will join to make their voices heard.

We call on the Chinese government to release Li Bifeng. It is wrong to create fake charges against an innocent man, treat his life so wantonly, and destroy his family along the way. For those, who have to carry out their “judiciary” function for an authoritarian state, as long as they still have any humanity left, they cannot possibly be proud of the role they play. For the Chinese communist regime, nothing is more self-destructive than continuously manufacturing enemies for itself.